Located just east of Lake George, in Seville, Florida, is where Ted Sokol spends his days training cutting horses and assisting his students in the art of cutting competition.  Ted has been riding since he was a child on his parents farm in Connecticut.  He came up through the youth ranks riding all disciplines of horses, eventually focusing on roping, which led to a scholarship to Tarleton State University in Stephenville, Texas.  After college he moved home where he started training showing, and judging at AQHA and NRHA events. Aside from judging, Ted has also been active in the decision making, growth, and development of cutting on state, regional, and national levels. He has been a NCHA National Director for 16 years, serving on many committees, as well as being an officer for the Florida Cutting Horse Association for the past 25 years, of which 12 he served as President.

In 1986 he relocated to New Smyrna Beach, Florida, where he trained until 2007, at which time he built a new facility in Seville, Florida.  The new facility is equipped with RV Hookups and plenty of space to accommodate his many clients, that come from all over, to enjoy the friendly atmosphere.  Ted offers cutting lessons, training, sales, and clinics.

Among his many NCHA accomplishments are 4 Top Ten World finishes, multiple National Championship finalists, dozens of affiliate wins; all of which led to his NCHA lifetime earnings  $474,286.00+.

Ted is supported by his family; wife Kathy, daughters Jamie and Nikki, and son in law Ben Roberson, who under his supervision have World and National Championship titles of their own, and surely he will be assisting his grandchildren, Kate, Reese and Cord Roberson! 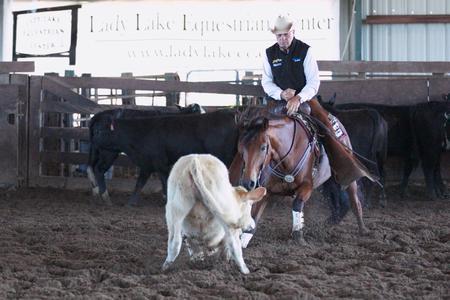 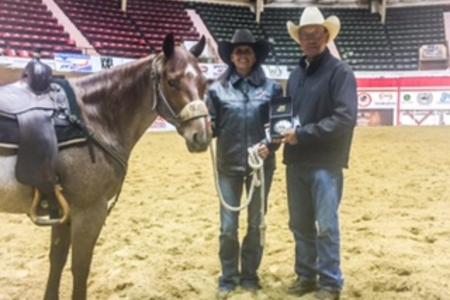